The boyfriend and I have been having a lot of fun discovering new TV shows on Netflix. Here are my top 5 favorite Netflix shows of the moment.

A good, but a devastating TV show. It often gives us a reality check about the current racial-tension in some of the American states. A 15 years old African-American from Jersey City dies in a hit-and-run with a white police officer behind the wheel. His colleagues help him cover-up the event which raised many concerns by the population. Following the event, the population gets very frustrated as all they wish for is justice to be made.

I’ll be very honest here, when I watched Santa Clarita Diet’s first season, I was a little skeptical, I would even say that I didn’t appreciate it. Maybe because I had too many expectations, but probably also because the scenes often look too realistic and it made me uncomfortable. Santa Clarita Diet is a tv show about a very normal family. The parents are realtors and their daughter is in high school. They are living a normal life until the mom is struck by a very intense infection that will transform her into a zombie. It’s funny, too real and awkward, but we quickly get attached to the family and we have no other choice than wanting to be part of their adventure!

A very intriguing drama show. From the beginning until the end you will be on the edge of your seat. Following the murder of a newlywed couple, the families discover a ton of unknown secrets. Looking for the truth, we can’t help but try to picture every possible scenario, until we find out who really did it! #Ah

If you’ve always wanted to throw tomatoes at me, this is your moment! Judge me all you want, but I actually love this show. Even though the boyfriend keeps on laughing at me for watching this mature audience tv show, I am really enjoying it. You will fall in love with Grace and Frankie they are so unique and funny. The kind of TV show you watch after a very stressful day at work; its light, fluffy and hilarious!

But who’s done it? Following the death of a young boy in the small-town of Broadchurch, 2 investigators began their investigation. Everybody is a potential suspect, they even suspect one another. A great TV show to watch for the suspense and the funny English expressions of the investigators! I felt deeply sad when the TV show was over, as I was so attached to this little town! 🙁

Et voilà! That was my top 5 favorite Netflix show of the moment. Now it’s time to grab your remote and your bowl of popcorn, or this sweet recipe of maple roasted almonds and fleur de sel chocolate bites and get to it!

What are your favorite TV shows of the moment? 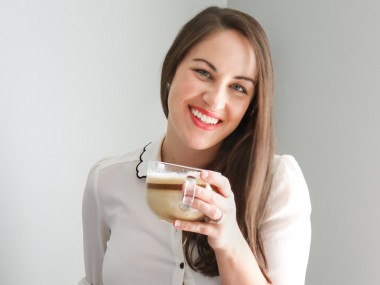 Read More
I have been dreaming of having my own espresso machine for the past few months. We had started…
Read More
1
0
4K 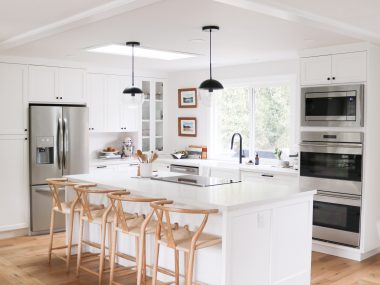 Read More
Hubby and I were looking for a home for months. First, we had to sell our condo, which…
Read More
0
0
0

Read More
Some time ago, Léa and I had the opportunity to rediscover Yves Rocher’s products. I say rediscovering as…
Read More
1
0
26