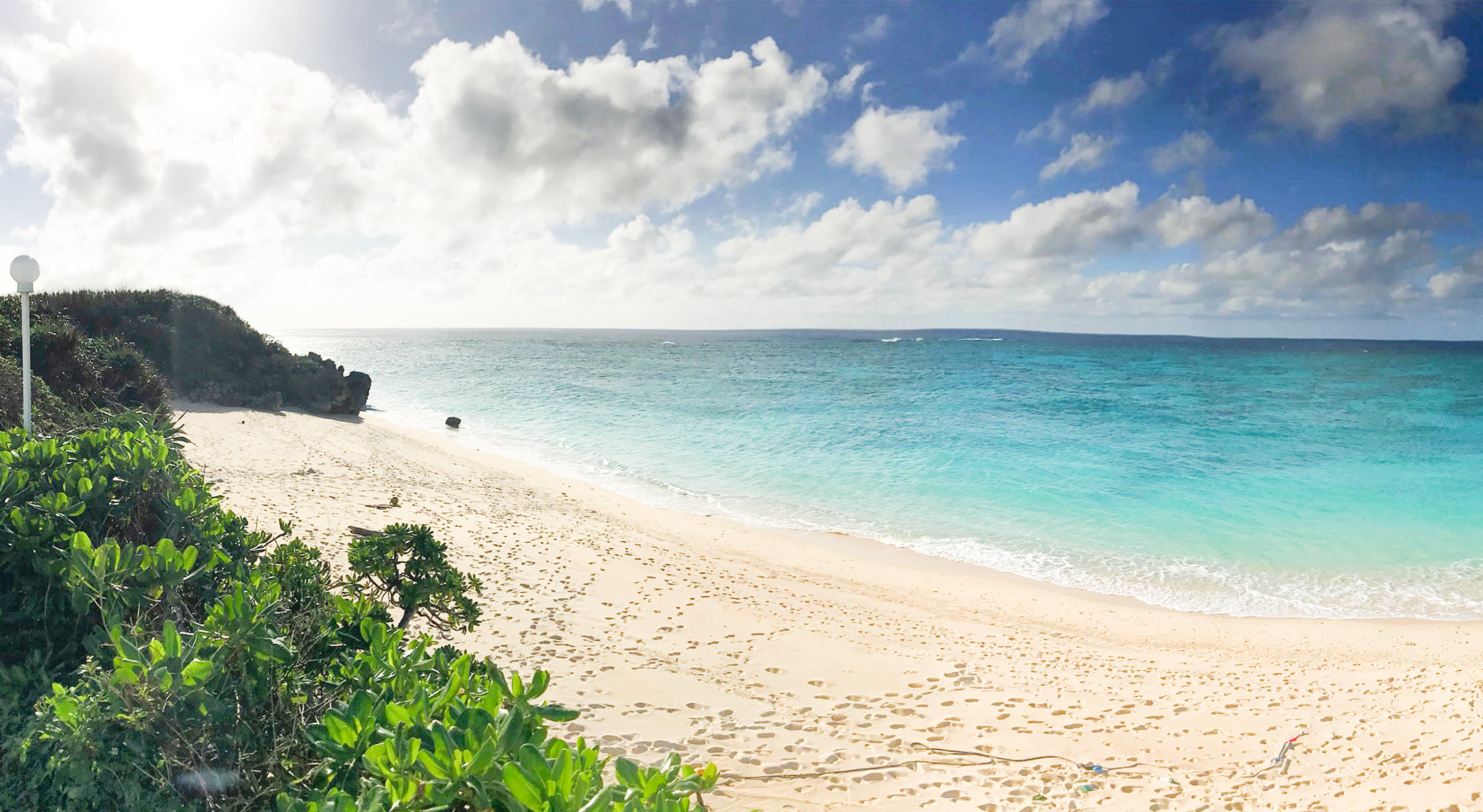 My trip to Japan: the Japanese culture, the islands, and the most beautiful beaches

Okinawa is the famous island where most of the people live up to a hundred years old. Other than their nutrition rich in raw fish and local products, their strong familial value and their slow lifestyle, allow them to live a stress-free life contrarily to Japan’s big cities. When visiting the island of Okinawa, it’s interesting to see that all the bikes are left unlocked or even all the scooters are left with the key in the contact. Fun fact (not so fun!), while traveling to the island of Okinawa, I lost my wallet and its $3000 content. It was found the next day and returned to me. Not even $1 was missing, all the money was there as I left it. That blew me away! All that is due to Omotenashi, in other words, the Japanese hospitality, where they take pride in anticipating and fulfilling people’s need in advance.

When visiting Okinawa’s capital; Naha you must stop by the fish market, to purchase fresh fish or seafood. To live the full market experience, go up to the second floor where they cook for you, the fish you recently purchased according to the cooking method of your choice (steamed, sashimi, or sautéed with garlic). I highly recommend doing so, while drinking a delightful sake ;). I ordered a giant royal clam and enjoyed every bit of it!

Here are many other beautiful places I suggest visiting while in Japan:

After a 5-hour trip across the small island of Yoron, you can discover one of its many hidden treasures the « Star Sand Beach » which is a sandbank that only appears during low tide. The sand on those beaches has been slowly sculpted over the years by the waves in the shape of stars. It’s the right time to pick perfect grains of sand. Those stars shaped grains of sand are created by the foraminifera, a rare plankton found in some areas of Japan.

I will definitely be going back and one thing I will make sure to plan for is to rent a car on all of the islands we will be visiting. This way it will be easy to visit all of the breathtaking beaches. Something I really liked, is that we were alone on most of the beaches we visited. Why? Because many Japanese (mostly women) try to avoid the sun, so their skin doesn’t get darker. As a result, the industry of sunscreen and whitening facial cream is flourishing in Japan. As well, I would like to visit the island of Miyako for its clear and pure water.

I personally found that the cost of living in Japan was very similar to Quebec. The only difference is that fish retails for way less! It’s their proximity to the ocean and a limited number of steps from “ocean to plate” that allows them to sell a large plate of sashimi for… CAD$ 13!

I highly recommend buying an internet package for your trip. At first, because we can’t upload Japan’s map on google map. As well, you could meet people that don’t speak English (such as the police officer of the city of Naha!). Google translate can turn out to be pretty useful if just like me, you can’t speak more than 5 words. As they are so kind, they will do everything they can to try to understand you, no matter what situation you’re in.

When you’ve met less than 10 Americans during your trip, you come back home proud of exploring some of the world less visited places. It really changes from the traditional tourist destinations! 😉

Feel free to ask your questions in the comment section below!

Read More
Sometimes I wonder if there are trends when it comes up to traveling. I don’t know about you,…
Read More
1
0
2

Read More
A couple months ago, my boyfriend and I took our 2 toddlers for an all-inclusive vacation. I say…
Read More
9
0
1

Read More
Greece makes all of us dream. This country is the perfect place to spend wonderful holidays as a…
Read More
0
0
0