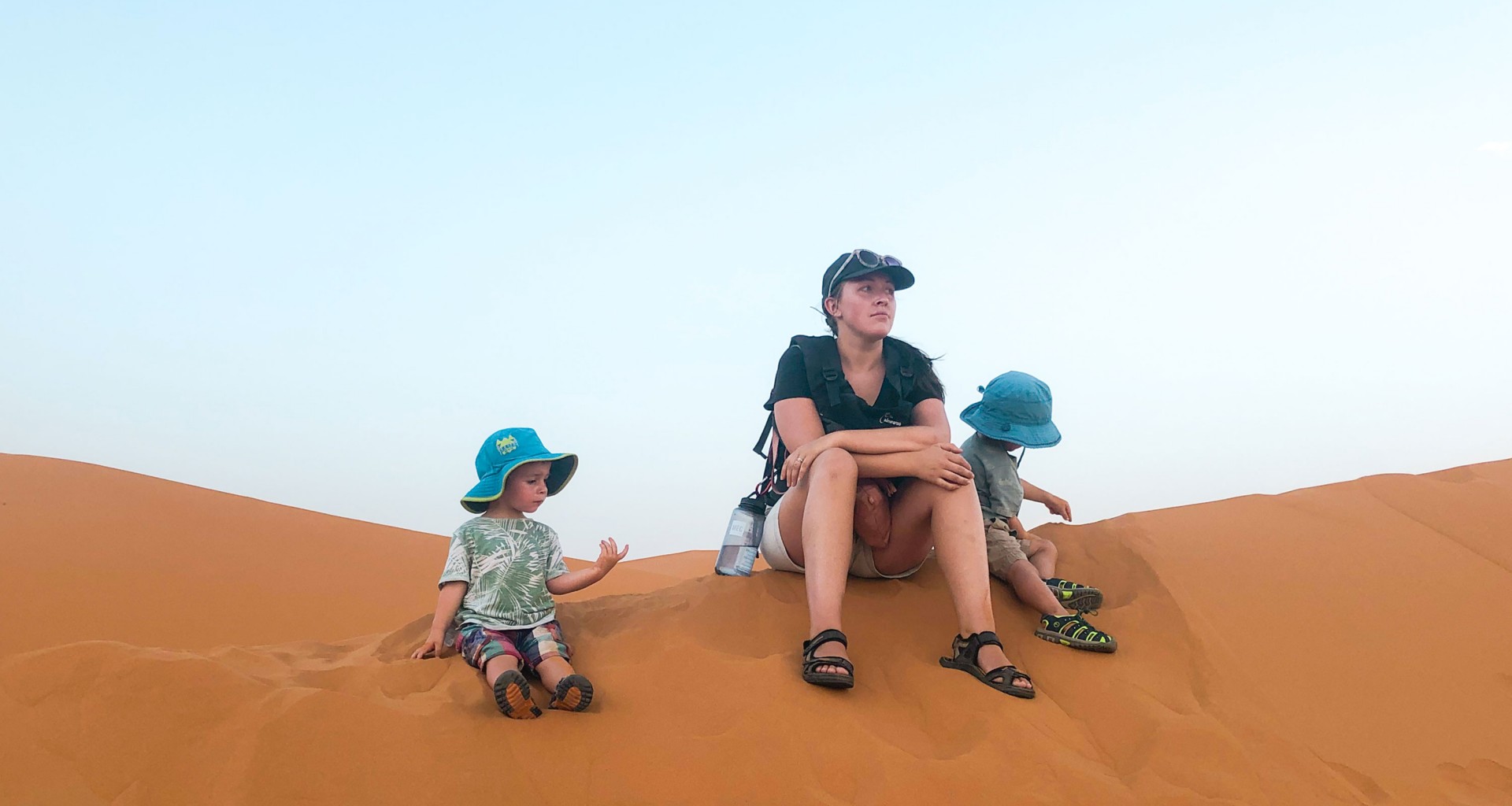 Why I didn’t like Morocco; my 5-week family trip

2.1 (of climate or conditions) difficult to survive in; hostile

From the Canadian Oxford Dictionary

Here’s how I see Morocco.

My one month off the beaten track family trip—not an organized trip and no hotels—to Morocco showed me, for my part, a very violent, avaricious population. Morocco’s people have aggressive manners.

I know, I know, I know. I’m not soft. But I’ve decided not to censor myself. In this post, I’ll tell you about MY travel experience… And before continuing, in order to give a touch of optimism to the next families of travellers who will visit Morocco, I dare to hope (very strongly) that if our stay had been one week or two max, that we would have stayed in a hotel and that we would have made organized excursions, that our stay might have been more enjoyable.

Because Morocco definitely has magnificent landscapes and impressive monuments that deserve to be seen. To read on our itinerary of one month in Morocco, it’s here. In a positive way, Morocco caught the apple of my eye, but it also caught my attention negatively.

And I’m telling you all this because I would have liked to have read this kind of text while preparing my trip. It could have prepared me better for what we were going to experience during our month in Morocco with our little family.

During my month in Morocco, I did not feel that people—in general—were happy.

I didn’t like the culture of incivility towards everything that looks like a tourist to whom they couldn’t get the extra bite off their backs.

I didn’t like to see so many women fully veiled.

I didn’t like the constant “street harassment” that came with our tourist label marked all over us. It was hard for us to try to hide this label with the way we carried our children and our double stroller or with whom we would talk in our language. We could clearly see and hear our difference.

I didn’t like all those Moroccans who are there all day watching for tourists/people, trying to intercept us and redirect us to THEIR tourist spot, place to stay or whatever.

I didn’t like this insistence—which goes so far as to be rude outright (by being called names) in an attempt to persuade you to buy their stuff.

I didn’t like these people who call themselves “king of the street/parking/guide/owner of the place,” and who were asking us to pay for it, but who actually had no knowledge and no acquired rights on this place.

I didn’t like the way you always feel that you can get your saddlebag, car, bag and, etc. get stolen.

I didn’t like that I always had to bargain and had to “verify” prices.

I didn’t like the habit of Moroccans to respond positively to requests they know they can’t fulfill.

MORE CONCRETELY: HERE ARE SOME EXAMPLES OF SITUATIONS WE HAVE EXPERIENCED

Here are the situations we had to face that explains my point of view. It’s important to note that some of the examples listed below happened more than once in a day. And after more than 30 days of living that way, I can tell you that it goes against your values, but also it leads you to reflect on how you want to live the rest of your trip. We had to go through weird situations every day where people wanted more of our money; everything is so complicated there.

Here are some examples:

MY PREFERENCES AND VALUES

I come from a society where being the best version of yourself and performance is valued, while in Morocco, it seems like laziness is the normality. It’s as simple as that.

I really enjoy discovering the culinary scene and tasting the local meals when I travel. Morocco was quite a deception for me. There were a few exceptions, but I was still hungry for more.

I feel like Moroccans don’t take care of their public places and monuments. There’s trash everywhere, and nothing is well maintained.

Their driving habits are also dangerous.

I feel like we try to sell you the idea that Morocco is modern, but my experiences—going to the hospital, living with locals for 5 weeks, seeing their waste management—give me the idea that it’s rather a developing country. It explains pretty well what we went through during our trip. And I feel the need to share all this with you because we need to prepare our trips differently when travelling to those foreign countries.

After discussing with our local hosts, my negative feelings about this country were confirmed. They think that spanking children is OK, that women don’t have the same rights, that it’s normal that several women have to cover themselves completely when getting out of their houses as if they were nobody … but they think that a couple holding hands in public is unacceptable.

A country full of contradictions and non-sense.

It makes me question about what I want, who I am, why I travel.

Because seeing all this is disturbing. I’m not comfortable seeing the practices of a society like that as a tourist, as an armchair quarterback. I don’t like spending my money in countries like that.

Because I think that buying is voting, and the same goes for travelling.

What I’ve witnessed in Morocco goes against my values, but it was already too late for me when I realized that.

My trip around the world has just begun. Maybe my perception of Morocco will change; maybe my reflection will get deeper with time. It’s the reason why we travel after all: understanding the world we live in and other cultures.

Our trip was exhausting, aggravating and disturbing. Sadly, it was mentally draining.

If you’re curious to see our full itinerary and our activities during our trip to Morocco, here’s my blog post. Now that I have shared with you my personal experience don’t hesitate to share yours in comments. Whether it’s negative or positive, it can help guide travellers who want to visit Morocco. Don’t hesitate if you have any questions! You know where to find me!

My name is Aimy and I am a second year-student in translation studies. I discover my truths through my passion for literature, arts and culture. I have a keen eye for beauty, a lust for life. For me, every day is a chance to acquire knowledge and create. As Einstein once said, “creativity is intelligence having fun.”

Read More
A couple months ago, my boyfriend and I took our 2 toddlers for an all-inclusive vacation. I say…
Read More
9
0
1