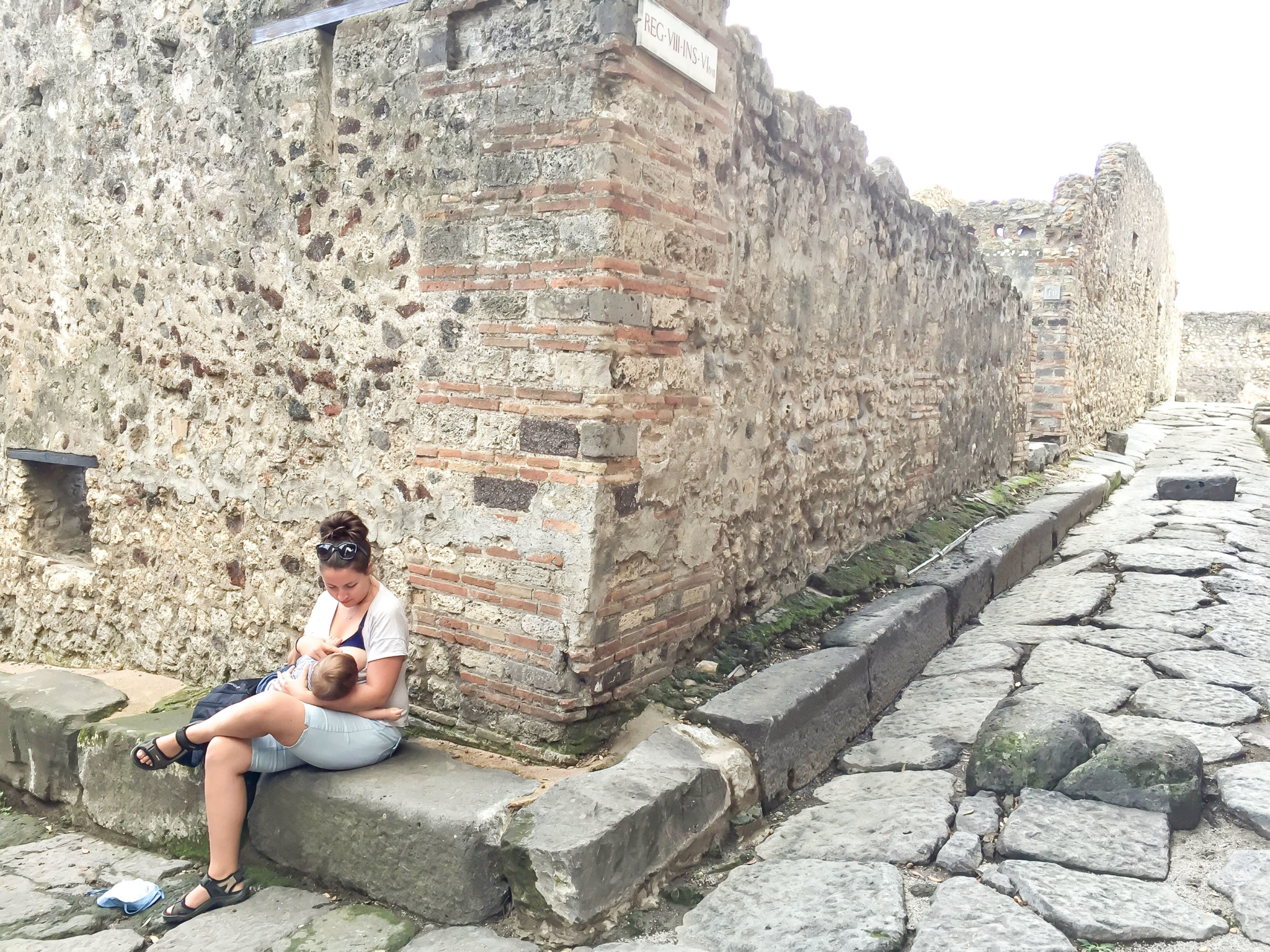 “How is it to breastfeed for a year?”

I remember when I was pregnant, people used to ask me if I was going to breastfeed. I would always come up with the same answer “ Hmm, I’ll give it a try. Actually, I will probably give the colostrum and see how it goes… but I’m not going to go crazy over breastfeeding” hahah. If only I knew, I had absolutely no idea of what I was getting into! The first time I breastfed my baby, I felt totally enchanted, in a good way. From this moment on, there was no other way to feed my baby, but this one.

The first months were very challenging. To tell you how hard it was, sometimes Téo and I would both start crying in the middle of it, because we had no clue of what we were doing. I was not familiar with breastfeeding, I didn’t know any tips or tricks, to help me get through it. As well as my baby, he didn’t know either how to properly hook onto my breast. We were both becoming inpatients, the struggle was real #ForReal. I can remember my boyfriend looking at the two of us, he seemed so desperate. But he was there, for any little thing we would need, supporting us through the rough times. From time to time, he would take the baby away to give him a bottle of formula, so I could rest and try again later. My post-partum was rough, I literally went nuts and all I wanted to do was try again and again. Sometime the baby would get hooked onto my breast, but not properly, I remember those moments were so painful. I would try to the best of my capability to fight to pain even though my teeth kept on clinching, I had to do it all for this baby of mine.  #SaysTheGirlThatDidntWantToTry

Before giving birth, breastfeeding was far from being on my wish list. My mama’s instinct really took over all my senses. And the weeks turned into months.  At first I thought I would only be breastfeeding for about two months. For me, two months was more than enough. But then 2 months turned into 3 months. So, I thought, let’s try this until he turns five months, it would make me feel very proud. Then my baby turned 6 months and then he turned 9 months and then there he was, turning one year old.

So, how was it to breastfeed for a year?

I would say it turned out to be good!

Although, I will be very honest with you, the first 3 months will be rough, be prepared. You and your baby will need to learn a couple things, like a lot of things. Around the third month, your baby will know all the tricks and they will be breastfeeding professionals. Also, they will be feeding on a more regular base as they will be more anchor into their routine. Plus, the older they grow the less they need to be fed. At 1 year old, Téo was drinking once in the morning and once at night, before bedtime. Personally, in our household, it would have been harder to prepare a bottle each time we had to feed him. There is a lot of work that comes with a formula bottle, you must clean it, sanitize it, buy the formula, prepare the bottles, etc.

On the other hand, breastfeeding requires a lot of work and commitment out of yourself. You need to be very determined to make it happen. I, personally, had to meet with 3 different lactose consultants to really understand how to breastfeed properly. For me, it was almost animal. And I was far from wishing that before giving birth to Téo. The want and the need of feeding him, only happened after giving birth to him. But I am also conscious that for some of you the need and the want of breastfeeding will never come, and for some other you will have made your decision about the way you will be feeding your baby, way before you give birth to them.  And you know what? That is more than ok, it’s your baby, you get to make the decisions #ToEachIsOwnChoice.

And you, how was breastfeeding? Was it easy? Was It hard? How long did it last?

Read More
Téo was only 10 months old when I found out I was pregnant with my second child. For…
Read More
6
0
0

Read More
As we are currently potty training Téo, I went to buy him underwears. Well, as he loves the…
Read More
42
0
3

Read More
No one ever told me that… Breastfeeding is difficult and painful at first. At first, getting your baby to…
Read More
1
0
5K