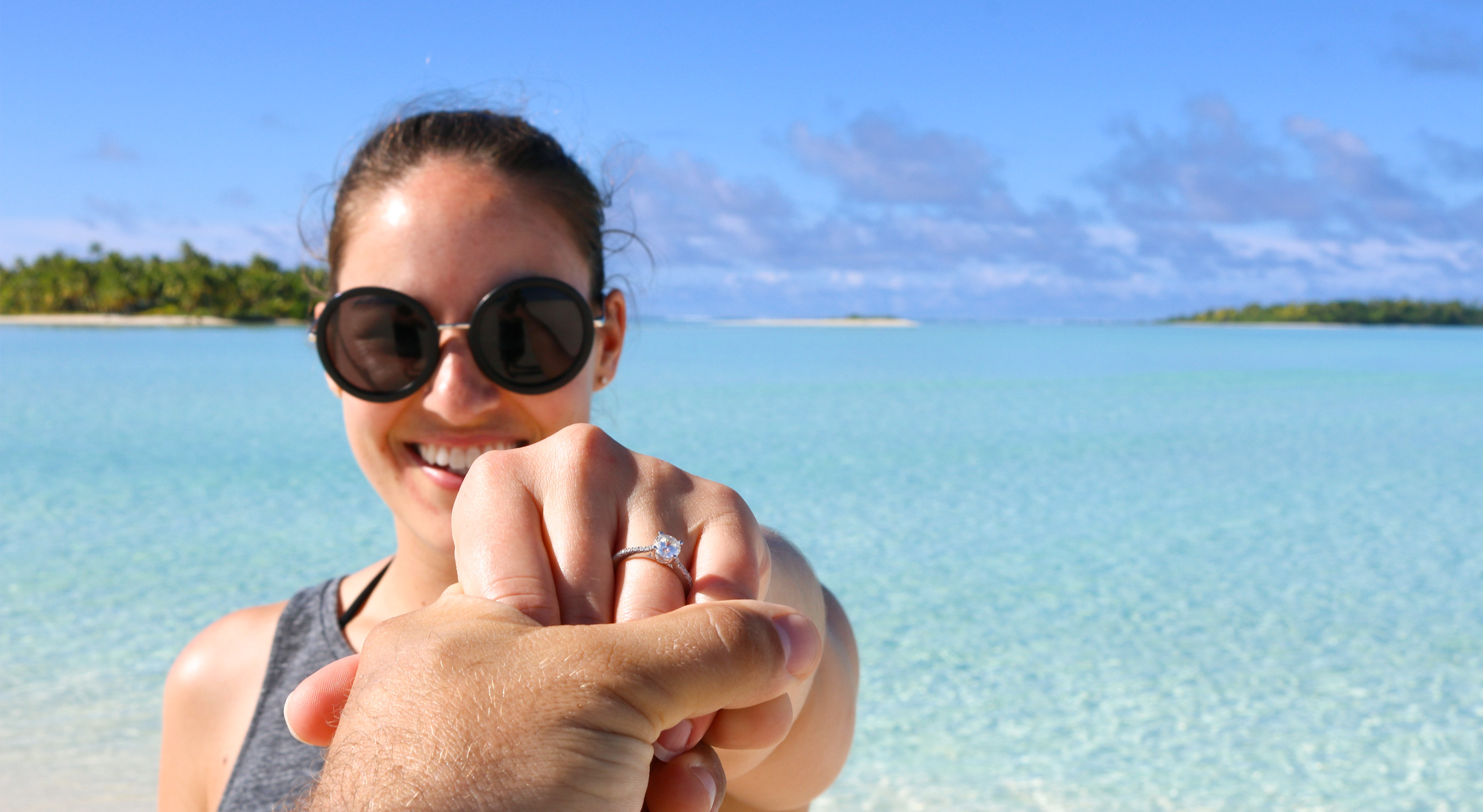 A Cook Island proposal; How he asked!

I met Mark 8 years ago on my first day of work in B.C. (hoping to learn English #Frenchie). I was wearing an ugly hairnet, some cheap Walmart tights, and no makeup. But somewhat we connected deeply. The moment our eyes met one another, it was magnetic. Something I have never felt before, something so strong.

We knew this love was meant to be leaving so we began our 3 1/2 years of long distance relationship. I was living in Montréal while he was living in Vancouver – Yes, we were not even living in the same province! Time went by so quickly as all we were focusing on when we would see each other next. The moment we were together again, felt as if we had never left one another.

After graduating from university, I moved to Vancouver to finally be by his side, but that failed badly as I was unable to find work. A couple of months later, I moved back to Montreal and he followed me 6 months later… Then 2 years later, we moved back to B.C.!

We have made it through so much together, through so many challenges and that’s what made us who we are today. When times were hard and that we were wondering if we would make it through, I always felt like I should keep on pushing for him, for us, to finally be together. All this time, somewhat deep down in my heart I always knew he was The One.

As I am writing these lines, I still can’t believe how lucky I am to have found someone this precious and to now call him my fiancé.

Mark proposed to me during our trip to the Cook Island. Before our trip, I felt like there could be 40% chance of him proposing. Obviously, after being together for over 7 ½ years, I knew it was going to happen at some point (!!!). As long as I was with him, when it would happen didn’t really matter!

I always thought if Mark would propose on a trip, that he would be stressed to have with him such an expensive little piece of jewelry. Thinking anything can happen during our 15-hour flight; he could get it stolen, he could have lost it, etc. As he was sitting beside me on our flight to Rarotonga, he was phoquing chill. At that point, I came back to my senses and realize he was not going to propose on this trip. I didn’t want to ruin my trip thinking at any moment he was going to do it… No! I wanted to fully enjoy it!

On the second day of our trip, we took a flight to Aitutaki AKA the most beautiful place I have ever seen. When flying over the lagoon the view was breathtaking and then 30 minutes after we landed it was pouring rain. We were so sad, at first to be on such a beautiful island and not being able to do anything.

Then 2 hours later, it miraculously stopped raining and the cloud disappears to make room for a beautiful blue sky and large rays of sunshine. At that point, we got our snorkeling gear on and went snorkeling in the lagoon right in front of our beach hut. We saw so many little tropical fish, bright blue starfish and many gorgeous coral reefs.

Following that, we went for a bike tour around the mini island of Aitutaki. During the evening, we had the apéro on the balcony and then we took a walk on the beach to make a reservation at a fancy restaurant a couple blocks down. The sunset was so beautiful, I probably took over 500 pictures of it.

Once the reservation was booked, we walked back towards our beach hut. I was obviously still taking hundreds of pictures and at some point, I lost Mark along the way. I still remember looking through my camera lens and thinking how perfect this moment would have been for him to propose. As he didn’t seem to have a ring with him my thought stopped there! Hahaha! #YepIThoughtAboutThat

We had spent the most unforgettable day filled with happy moments and now we were looking at this gorgeous sunset that was reflecting on the lagoon. It’s at that moment that I turned back around and there he was on one knee pronouncing those precious four little words “Will you marry me? “

I just couldn’t believe that it was happening, as I was still trying to convince myself it wouldn’t. I began screaming “Ben non!!! Ben non!! Ben non!!! » !

As he speaks English, he couldn’t really understand what expression I was screaming at him. He thought I was asking him not to be on one knee. Hahah!

It turned out to be a pretty funny moment and then I cried out: “OUIIIIIII !!!”.

We enjoyed this precious moment to celebrate and to tell each other’s stories. Then we went to the restaurant to celebrate even more! It was such a magical moment, one that I will forever remember.

Let’s say that after all these years, we are beyond excited to begin this new chapter of our life together.#HusbandAndWife

Do you want to get engaged? Or are you already engaged? If so, we want to know how he asked! 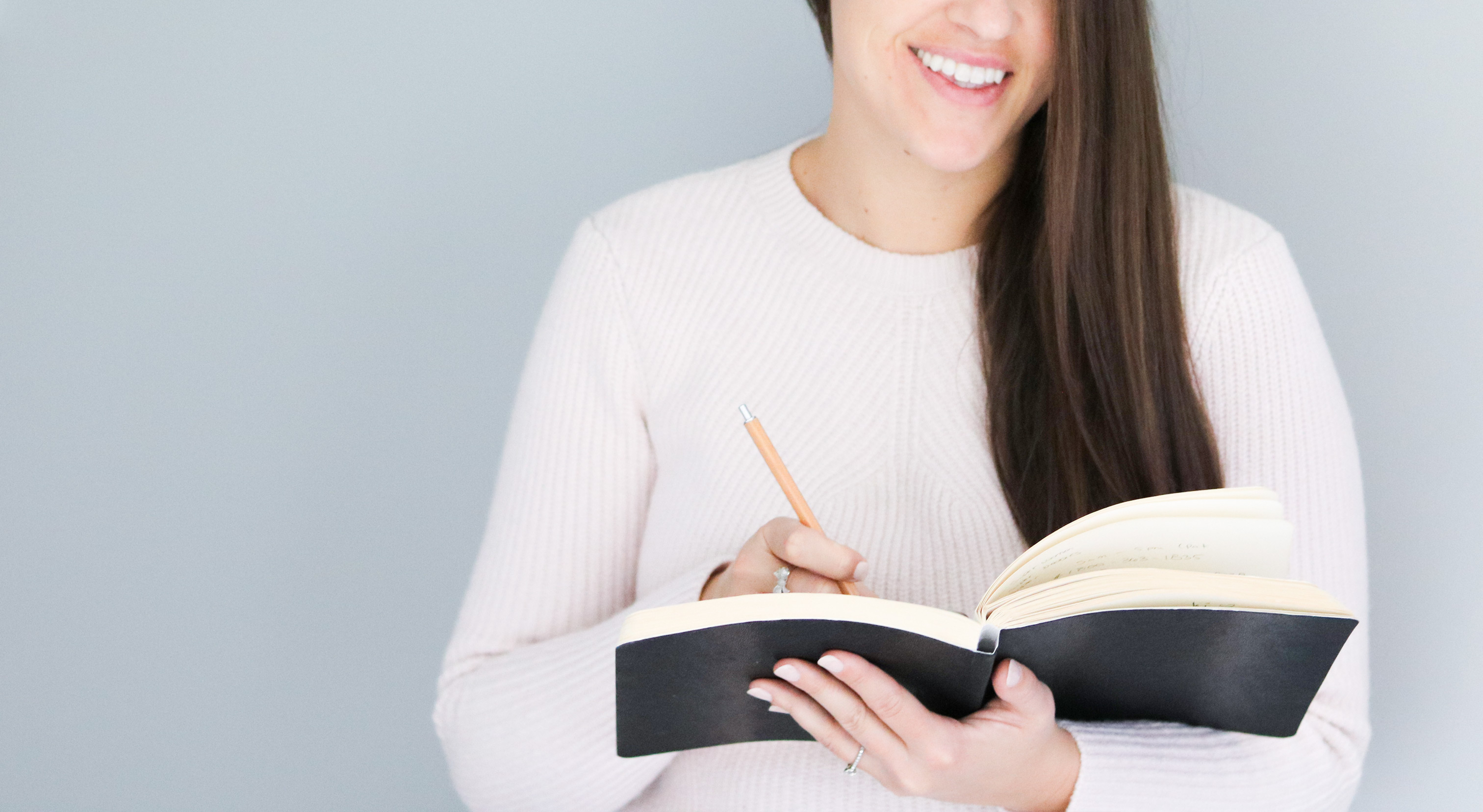